Alness Angling Club held their official opening day on Tuesday 11th Feb. Club members gathered at the Crawl Park and were piped down to the Distillery Pool by local piper Jim Wilson. 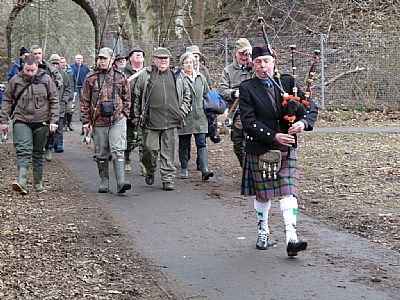 Once at the Distilley pool it was time for some group photos. 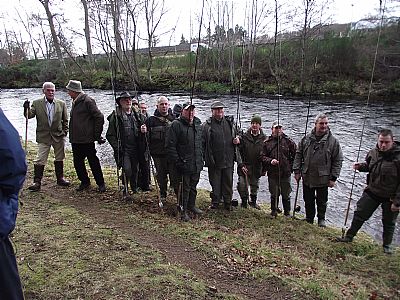 Then onto the important part of the day a large dram for the river for good luck and member Richard Macrae was chosen to cast the first line of the 2014 season. 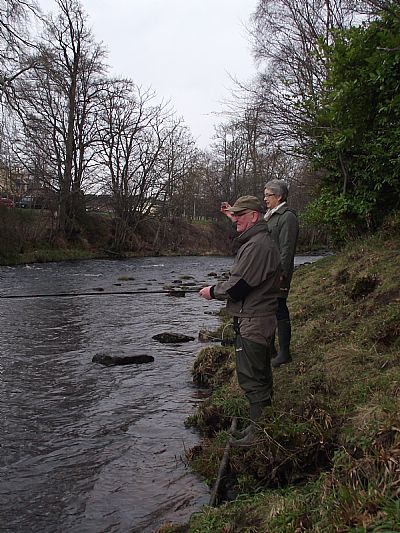 After this there was soup and sandwiches provided be Christine Pirie and a chance for those members who had taken their rods to have a cast. Unfortunatley no fresh fish showed up on the day but several Kelts were caught and realeased . The Club water now closes again until the 15th March to allow the Kelts a chance to get back to sea hopefully to return as bigger fresh fish one day.